Sharing the Magic of Music

My healing and recovery from rape by Bill Cosby is what led me into this work with music as a health and wellness tool. (See “My Story” page) Read below to learn more about the work I do to remove the stigma of talking about DFSA. Allow me to answer your questions and shed some light into the dark shadows of what is known by those in criminal justice as “The Perfect Crime.” 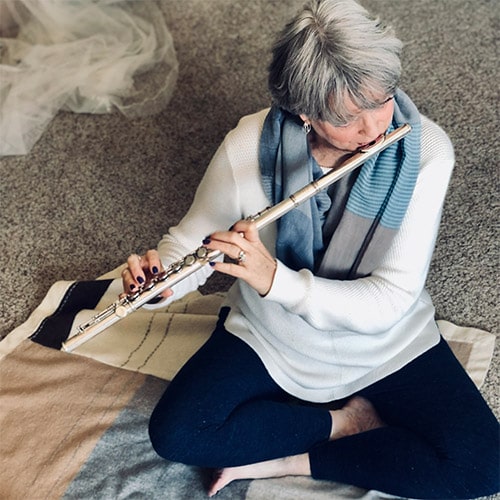 Through these presentations, I share what I learned throughout my own experiences. I provide interactive presentations with music for corporations and caregivers, schools and service organizations, any group who would like to know more about the magic of music as a tool for health and wellness.

An individual presentation on my experience with DFSA and how it led to the work I do with music today. Q&A session encouraged after the ½ hour speaking presentation.

A one-hour presentation on the myths and the facts about Drug Facilitated Sexual Assault. Presented along with documentary film producer Michael Tolliver, the program includes clips from the documentary “Erased” as well as a Q&A session following the program.

Andrea Constand is the Executive Director and current President of Hope, Healing and Transformation. Andrea has dedicating her future to helping victims and survivors of sexual assault recover from trauma, find hope, and begin the journey towards healing.

The website also allows sign-up for the SAFEAPP program. SAFEAPP™ stands for Survivors Achieving Freedom and Empowerment and is an integrative app and support hub with a Mind, Body, and Spirit program.

The Blue Bench’s mission is to eliminate sexual assault and diminish the impact it has on individuals, their loved ones and our community through comprehensive issue advocacy, care and prevention.

The nation’s largest anti-sexual violence organization, whether you’re looking for support, information, advice or a referral, trained support specialists are ready to help, 24/7.

The website also allows sign-up for the RAINN Mobile App, which gives survivors of sexual violence and their loved ones access to support, selfcare tools and information.

I am proud to be part of a new documentary film: Erased, regarding Drug Facilitated Sexual Assault. In the words of the Director/Producer:
“DFSA is a complex and oft-misunderstood topic that’s rarely explored beyond a headline, making it the perfect subject for a documentary. But this isn’t your typical sexual assault doc – our goal isn’t just to spread awareness (although that’s a big part of it), we’re primarily targeting a male audience with goal of building empathy. After speaking with many experts on the subject, empathy emerged as the most effective method for prevention.

At its core, drug-facilitated sexual assault has three main elements: the victims/survivors, the perpetrators, and the drugs (including alcohol). Erased offers a compelling perspective on each of those three elements.”